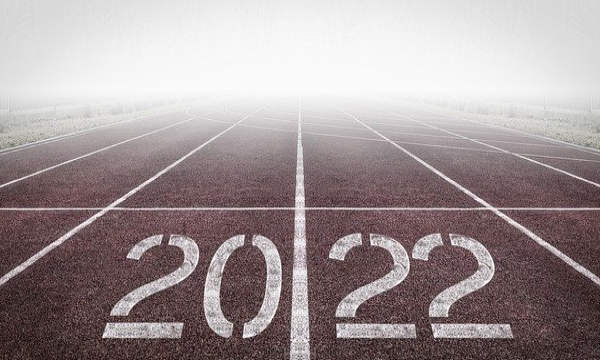 I trust you are experiencing a powerful New Year.
It is so exciting to hear that many of our pastors and churches have entered this NEW Year with times of prayer and fasting. I believe the New Year allows us to re-adjust, reset, re-evaluate, re-think, and dream again about God things in our life.

NEW -New refers to something recently made, grown, or built, or recently found, invented, or discovered. I BELIEVE GOD LIKES NEW.

It appears God continues to give us moments and opportunities to reset, repent of our shortcomings and MOVE FORWARD. It has been spoken like this: WE ARE EITHER: —GOING FORWARD, —STANDING STILL, or —FALLING BEHIND. Time is to short and Eternity is to long to FALL BEHIND.

We will encounter “bumps in the road” and “reset” moments. They must not captivate our time and attention. There will be things that we never dreamed of that will catch us off guard, but we must MOVE FORWARD.

We can use these situations as RESET moments. I may get knocked down, but I am not knocked out. There were many great men of God that encountered such trying times. Just to name a few.. NOAH encountered the flood, JOSEPH was sold by his brothers, MOSES had the Red Sea experience,

ABRAHAM taking his only son Issac to the altar for a sacrifice, DAVID had to face the giant Goliath, DANIEL was thrown in a den of lions because of his faithfulness in prayer, GIDEON’s army being reduced from thousands to hundreds. JOB being a very blessed
man to the place that he lost everything.

God had a bigger purpose in their life. They all came out of their situation/trial/test with a greater faith in God. They all experienced God a little deeper and I believe had a greater appreciation for God.

Moses, as stated earlier had his reset or new beginning moments. In Exodus 19, Moses probably had not even given thought that God was going to give him what we call The 10 Commandments.

I can only imagine in Exodus chapter 3 when Moses was putting up excuses why he could not do what God wanted him to do (deliver Israel from Egypt) that he would be marching up the mountain in just a short span of time to hear from God. I wonder how many times did Moses think or say, “God, this is not what I bargained for.”

There may be more than one reset or new beginning in our lives. Take advantage of everyone of them. Let them be a reminder that I can Move Forward in the name of the Lord.

There may be many NEW BEGINNINGS or resets to keep us on track. But the main thing is…..we must Move Forward.